The chances are, if you follow Run Republic on social media, you have an interest in running. We know how hard it is to get going, train for a Couch to 5K, train for Parkrun, and even train a half marathon. Few of us have ever casually decided to just run a half marathon. And if there are a few people who have run a half marathon, finishing in the top 10 would be beyond most of our dreams or abilities. There’s nothing wrong with that, its just that there’s some great runners out there.

So how about you get let out to relieve yourself, seeing there’s a race on, throwing caution to the wind, decide to run a half-marathon. Now imagine, you have somehow managed to finish 7th!! Well, it turns out that happened in a race in Canada. There has been a story reported on social media about a Bloodhound taking to the course for the Elkmont Trail Half-Marathon!

After first performing some acrobatics to escape their home under a garden fence, the pecky hound found his way to the start line, and managed to write himself into folklore! 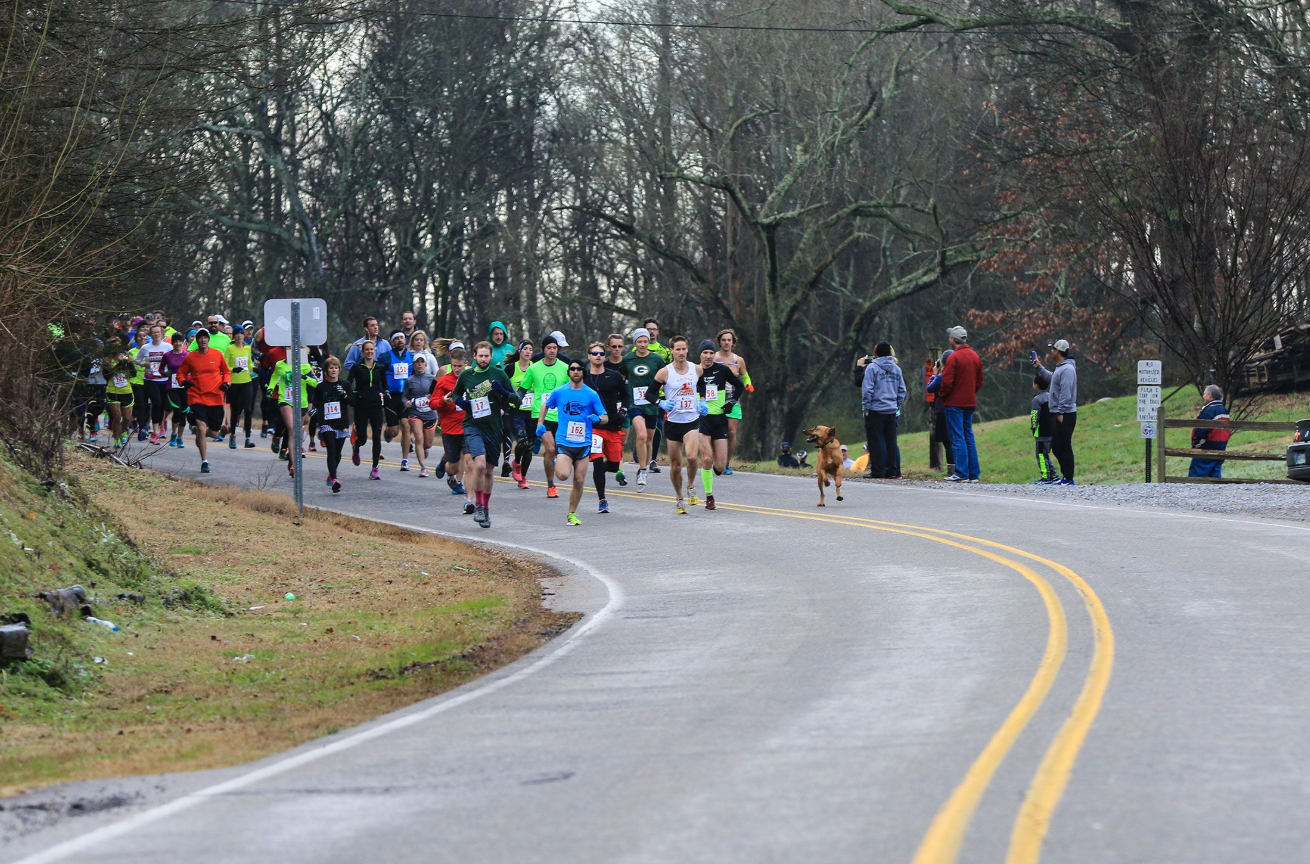 Elkmont’s Hound Dog Half‘s official Facebook page posted a number of pictures of Ludivine participating in the half-marathon and well, it might be the greatest album of all time.

The dog was given a medal for her efforts, as owner April Hamlin, 41, described the moment following her impressive finish.

When you let your dog out for a minute and she decides to complete the Elkmont, Alabama Half-Marathon…#elkmontlu pic.twitter.com/QimK53hgOS

“All I did was open the door, and she ran the race on her own accord,” she told Runner’s World.

“My first reaction was that I was embarrassed and worried that she had possibly gotten in the way of the other runners.”

“She’s laid back and friendly, so I can’t believe she ran the whole half marathon because she’s actually really lazy”.

While Ludivine has certainly gone viral because of her exploits, it shows there is hope for us all to achieve running goals we may have thought were beyond our reach!

Paddy is the founder of Run Republic. Paddy has run 14 marathons and 1 ultramarathon to date.

Can Curcumin Help You Recover And Relax?

Give an inch, take a mile! Getting off the couch and getting in gear!

The cityscape of the home of Munich Marathon is characterized by centuries-old buildings and numerous museums. The Bavarian capital is known for the annual Oktoberfest and it’s sportiness. In the old town on the central Marienplatz there are landmarks such as the neo-Gothic New Town Hall, whose popular carillon plays melodies and stories from the 16th century.

The city of München Marathon is a natural habitat of Mediterranean-style street cafes, highbrow art and high-tech industry, Germany’s unofficial southern capital is a flourishing success story that revels in its own contradictions. If you’re looking for Alpine clichés, they’re all here, but the Bavarian metropolis has many an unexpected sides to be discovered.

With that being said, the Munich Marathon is the place to be!!

Whoever has competed in one of the editions of München Marathon knows that tingling sensation. The concentration and tension of the runners is tangible; only subsiding when the starter’s pistol finally sounds and your sightseeing tour through Munich starts right away.

Be part of the GENERALI MÜNCHEN MARATHON!